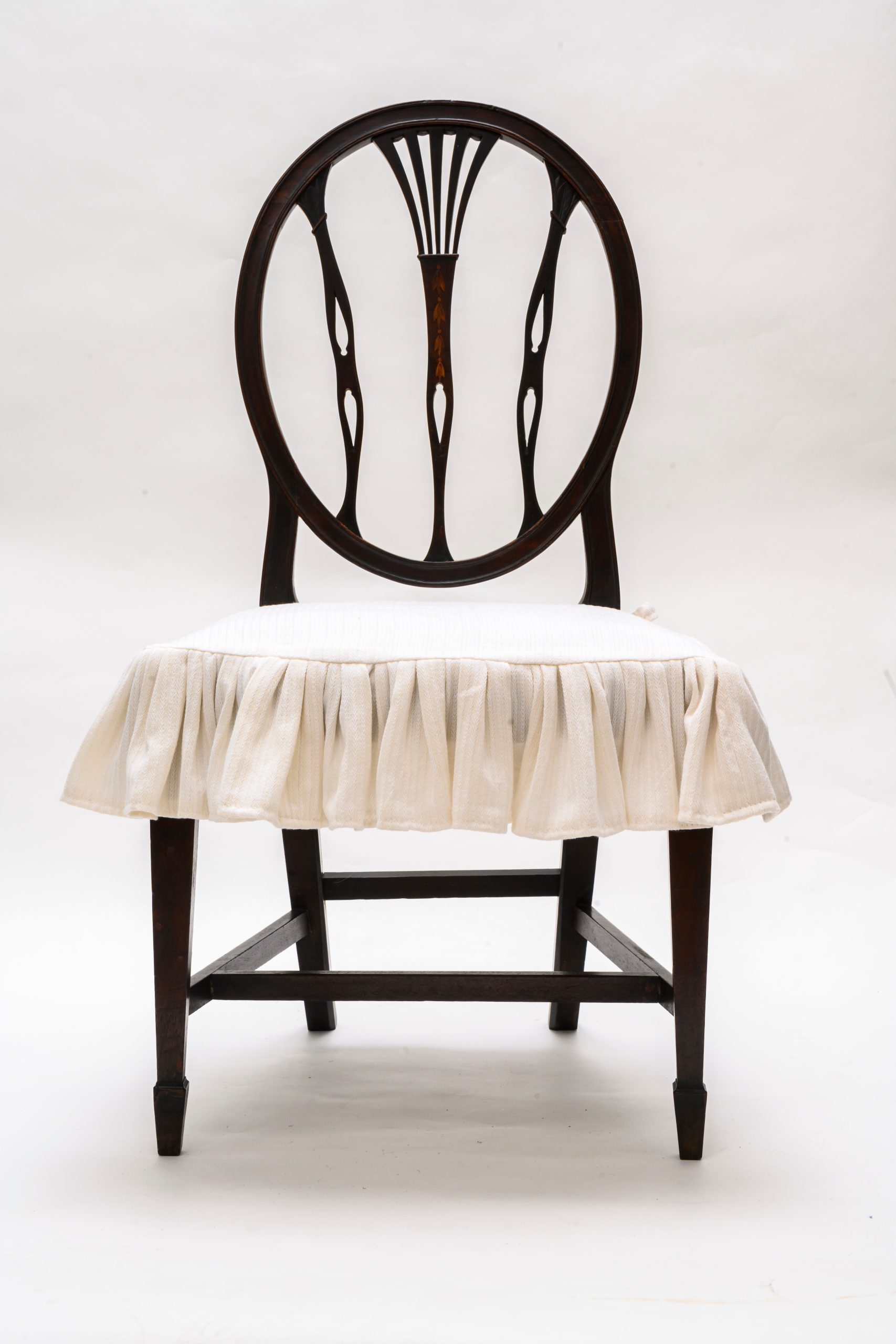 In 2019, Homewood launched a Dress-A-Chair fundraising campaign to outfit six Baltimore-made, oval-back chairs with custom reproduction slipcovers. Work on the chairs is now complete and can be admired in a small exhibit in the Reception Hall that includes information on the chairs, as well as an exhibit case exploring joinery and upholstery. Included with regular admission.

The oval-back frame is a particular favorite style that came out of Baltimore in the early nineteenth century. Each chair also features an example of the famous Baltimore bellflower, a carved motif favored by Baltimore furniture-makers.

The design of the slipcover was chosen based on early nineteenth-century period imagery and modeled off of reproductions produced recently by Colonial Williamsburg for similar chairs. We consulted with several Mid-Atlantic curators before determining that white dimity with a ruffled skirt would be an appropriate fit for a property used as a summer estate. The fabric was woven on a loom by Rabbit Goody up in New York and the slipcovers were made by Alan Ibello from Baltimore.